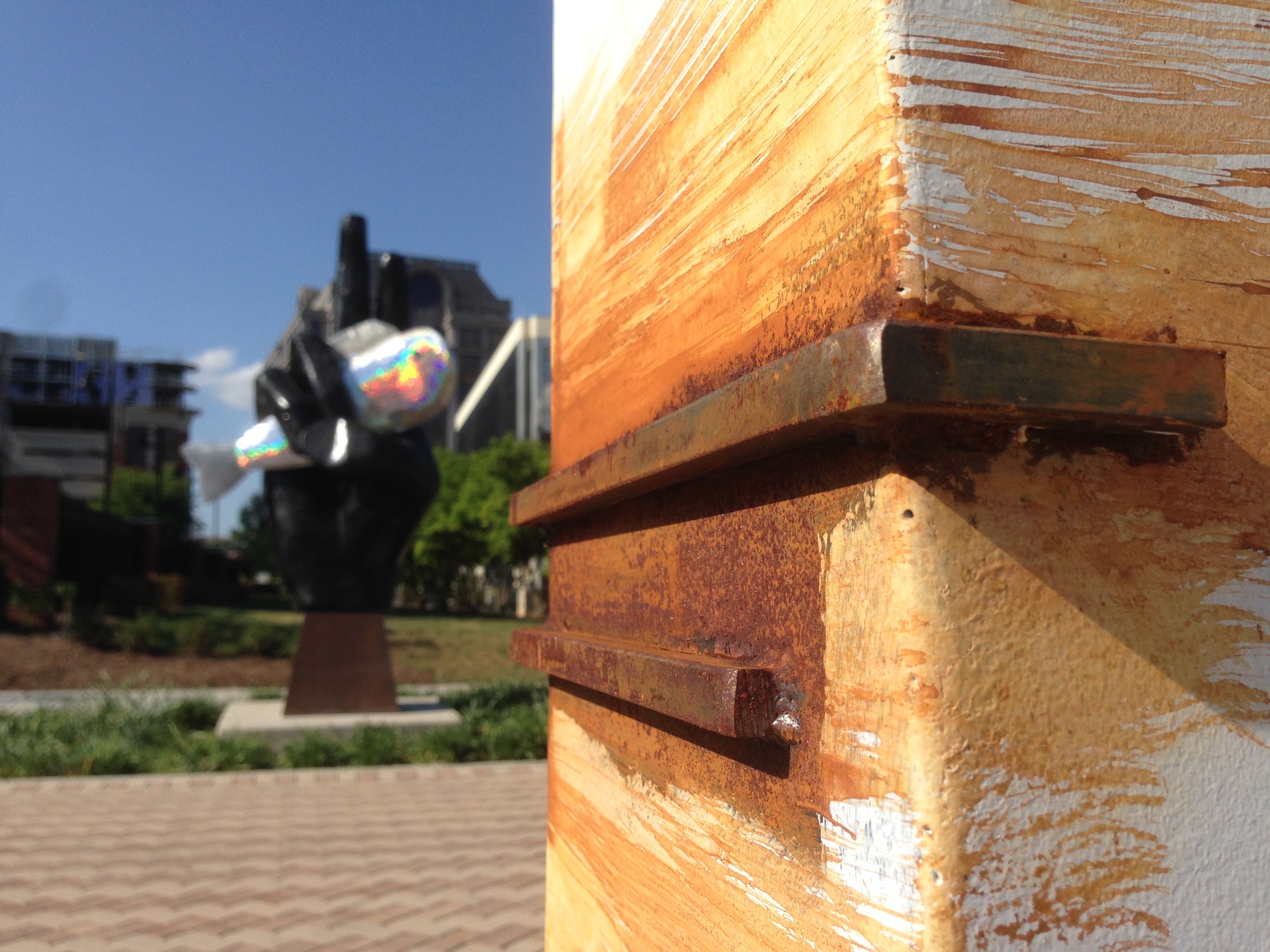 Originally from Ohio, sculptor Mark Krucke has been a resident of North Carolina for about fourteen years and received his bachelor’s degree in studio art from the University of North Carolina in Wilmington. Krucke’s sculptures have been included in juried exhibitions throughout the Eastern United States. His awards included Best in Show for the Salmagundi XIV exhibition in Rocky Mount, and First Place in the Mayfaire Outdoor Sculpture Project, both in 2010. In 2011 he focused exclusively on Outdoor Public Sculpture to Create 4 large scale pieces that are on display across the United States. His work initially focused on figures but has since evolved into pieces influenced by nature and its relationship with man.